Precautions and Safety Measures to Curb Drug Trafficking Onboard Ships

Big money comes with big business, and Drug Trafficking is big business with international complexities. It is said to be among the most serious crimes of our times. And as a matter of fact, merchant shipping has inadvertently played an unfortunate role in the hauling of the illicit drugs over the years.

Soaring volumes of drugs have been trafficked by sea because of favouring circumstances for transportation from producers to consumer regions around the world. There’s no sign that these illegal drug markets are even remotely saturated, as trade and commercial traffic continues its expansion. Of late, there has been a rise in the number of reported incidents involving drug discoveries on ships calling South American ports and ships bound for US or European ports, but the fact remains that there are no shipping routes which could be considered safe.

The other thing to look into is that even after massive arrests and seizures in the recent times, the availability of these illicit items has never been short nor its industry has ever seen a recession. Merchant seafarers are looked upon as accomplices by professional drug traffickers. They are frequently targeted by people who want the logistics to be handled by the seamen. Sadly, our seafarers are not fully aware of the catastrophic consequences involved. 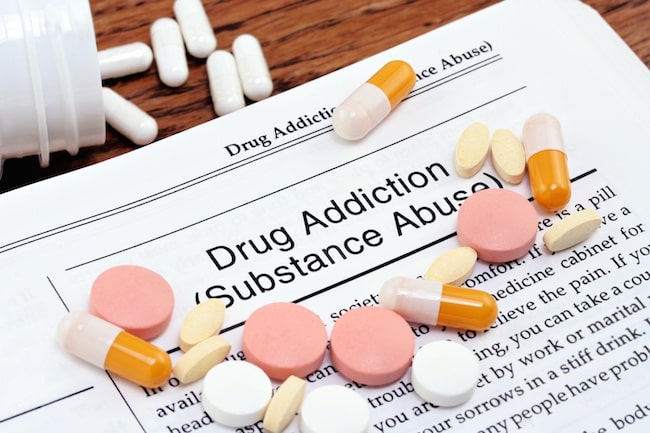 Image for representation purpose only. Photo by rojoimages

Most countries conduct widespread investigations, detentions, interrogations, imprisonment as general castigation, then there are a few that sentences the crime doers to death. If drugs are found onboard by the port, customs or other duly authorised authorities, charges are levied on the suspect seaman along with seizure or confiscation of assets such as detaining a vessel, her crew or her cargo.

So with a view to restrict such appalling incidences forced upon the unwitting seafarer let us see what counter measures the ships may take to prevent misuse, possession or circulation of these prohibited items. 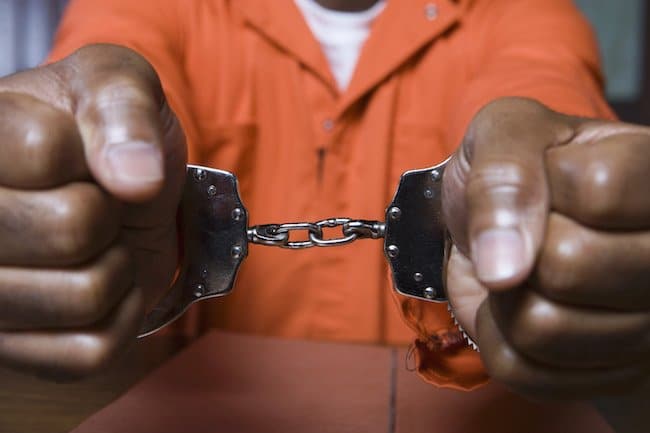 Image for representation purpose only. Photo by londondeposit

The main objective for all cases should be to prevent drugs or other such illicit substances from being transported, either individually or by hiding them in remote locations onboard a ship. A thorough assessment should be made onboard by the ship’s officers to prevent illegal carriage. Some examples of the conduits that could be used as a stream for the lobbying of the substances are –

The Master of the ship plays a major role in protecting the ship and his crew from anti-social elements as do the ship owners and managers. Practically, it is next to impossible to provide supreme security in each case of peril at sea. However, security could be implemented effectively onboard by accepting or considering the fact that threats to ship’s safety do exist at all times when the ship is at sea or in port, whether the crew is involved or the cargoes have been used as ‘the accessory’.

Apart from the generic steps required proactively, formidable security measures should be taken such as to reduce the vulnerability of the all possible attacks. This starts with establishment of restrictions base level onwards. So if a vessel is arriving at a port where the threat levels are higher (as established by the port authorities and the vessel), the port would restrict movements and access within the cargo / storage areas within the port itself or even provide barricades that would physically restrict the access to such areas that are susceptible to channelling of the drugs. Moreover, there is quite a long list of security measures the ports regulate for their entire operative site. Considering the fact that thesecurity in Port may get jeopardised at any given moment, it become even more imperative to look into cordoning off the vessel.

The following could be considered as rough guideline for the precaution steps that could be taken in account while the ship carries out its port rotation. 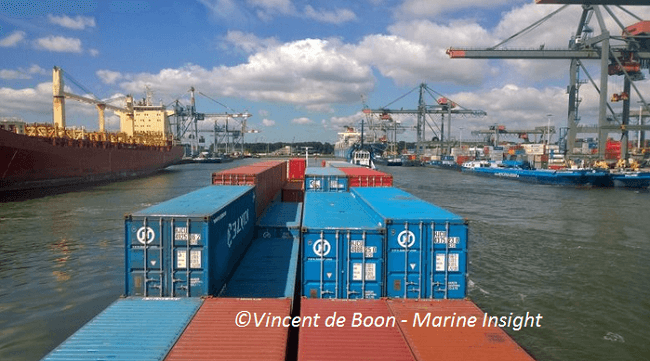 Actions to be taken Prior port entry

– The vessel should firstly take in account the severity of the threat posed by the next port of call. Measures to provide additional lighting across all areas on exposed deck should be undertaken in order to illuminate all possible shadow spaces, this should however not interfere with the requirements of safe navigation

– Physical barriers could be installed so far as possible in areas below the waterline such as rudder trunking, overboard openings, exposed thrusters/propeller regions, etc. as these are more susceptible to being used by the drug traffickers as conduits for housing the illegal substances.

– Imparting education to the crew regarding the hazards of being involved in precarious anti-security activities like drug trafficking. Training should be given to make the crew aware of the possibility that drug traffickers may try find accomplices in order to achieve their ulterior motives of smuggling the drugs. Moreover, it becomes a responsibility of the individual seafarer not to indulge in something that may put their careers and their family’s lives in jeopardy.

– The ship’s officers to enable crew in training sessions regarding ISPS, Security plans, Security duties, port operations, and overall general awareness to dodge out the security threats. Warning signs or posters may additionally be pasted in the ship’s public areas for general awareness

– Communicating and contacting the local port and custom authorities of the security threats and the measures to be imparted for combating drug trafficking. A record of all events should be made in the relevant logs for all the communications and activities that have been observed between the ship and the local authorities 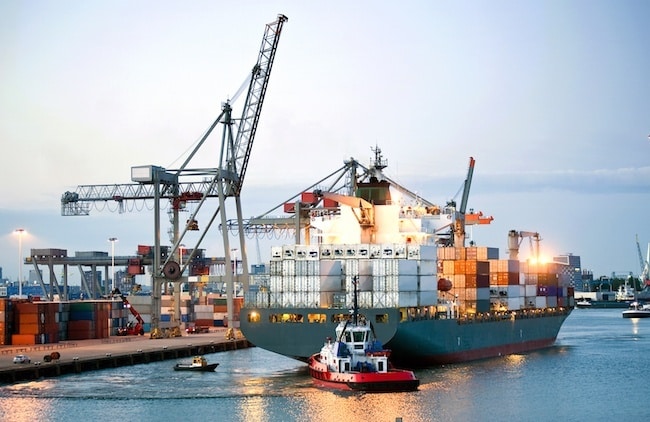 While in port, especially in ports susceptible to drug smuggling

– In areas where drugs are smuggled at large, hiring additional security watchmen from approved shore suppliers should be considered. Ship Security must be top priority in such ports. The vessel may double up the watches onboard while in port and especially when at anchor for keeping a vigilant lookout for any suspicious activities. For example, a good lookout should be maintained from onboard and look for air bubbles in the water around the vessel, which could possibly mean presence of divers underwater or check for small boats loitering in the vicinity of the hull or monitor even the smallest of floating refuse which could be an alibi for hiding swimmers / divers.

– The ship’s Master, the SSO and the crew are responsible for the implementation of ISPS onboard. So precautionary measures such as extensive use of searchlights in the hours of darkness, checking for broken seals / security tags of compartments, containers, store rooms, etc. and restricting access to only authorised personnel onboard should be routine when in port

– Log keeping of all activities together with a record of all personnel visiting the vessel during her stay in port, again, plays an essential part in maintaining a secure ship. The log should be frequently checked by the watchmen as well as the SSO as the case may be for any irregularities in the entries made

– There have cases where even the stevedores and shore gangs have been found to be involved in smuggling illicit drugs by befriending seamen and getting them involved in the illegal activities. A trained and aware seafarer would definitely not embark for such a ride. Further action by the crew or officers would be to report such incidents to the Master or the SSO

– On completion of cargo operations and before the vessel departs the port, the crew must perform a thorough search of the entire vessel including cargo areas such as those of RO-RO ships or the Engine room spaces looking for presence of suspicious objects or baggage lying unattended. This should be done apart from the regular rounds the crew carry out whilst in port. All events and searches are to be duly recorded in the ships official log book as a well as in the security log by the SSO

– In fact, in ports vulnerable to drug smuggling, the port authorities along with customs officials inspect the vessel throughout prior to her departure. Sniffer dogs, amphibious remotely operated vehicles (ROV’s) and trained divers carry out the job flawlessly. I remember one of the incidents where our vessel was caught up in one of the South American ports after drugs (cannabis) were found by the divers in enclosures underwater stuck to the bulbous bow. Although the ship was cleared after a thorough search, it triggered the need for highlighting the security issue onboard.

Actions when drugs are found onboard

If supposedly drugs are detected onboard the vessel, it is imperative that the ship’s staff keeps calm and takes control of the situation as the company’s guidelines (reporting procedures under ISM / company’s SMS) as well as take imminent steps as set out in the Ship’s Security Plan ( SSP). Needless to say, port and customs authorities have to be informed as well.

The Master and the SSO must however ensure that personal safety is prioritised while handling such harmful / fatal substances. A general guideline being –

– When drugs or suspicious packages are found, reporting to the concerned (SSO in this case) in charge is the first action to take. Further the crew member or the team leader who found the substance should call in for another crew member as a witness to the findings. Photos may be taken if allowed.

– At any cost avoid touching the substance with bare hands, this will ensure direct contact with the fatal drug by means of skin absorption or by inhalation of fumes/powder of the drug, wearing skin protection and dust masks would be ideal in such case. Touching the package may also hamper any fingerprints as evidence

– Tasting the product is the worst idea. Never taste it to ‘test’ it. Ensure personal safety by washing hands and dusting the clothes or coveralls from contamination

– If the package/s is small, remove them after examining and securely place them under lock and key for handing them over to the appropriate authorities. Cordoning off the area should be considered if it is not feasible to handle the package. The search parties should keep looking for other suspicious packages in the vicinity

– Record keeping of all the events is essential. As much detail possible must be included including approximate quantity of substance found, date/time, location of where it was found onboard, names of crew of the search party and the witness, communications involved during and after searches, etc. All records to be countersigned by the crew, officers, witness thereof and the Master/SSO

– The Master should ideally inform the local authorities, customs, agents, P&I insurers / local correspondents, the vessel’s mangers/owners (DP/CSO or Base Manager) and lastly the Flag state. The vessel’s crew would be they interrogated for further data. The Master must ensure all personnel to be present for the interviews following the findings