A very common and frequent experience of Capt. Swapnil onboard was the early morning scent of filter coffee which often used to stir up his nostrils . In the wee hours of the morning, precisely about 4 am it was time when his Chief mate onboard would take over his watch on the navigational bridge and start his day with a cup of filter coffee. About 15 minutes before this, he could hear the distant ringing of ship’s intercom phone in the alleyway and he knew subconsciously that it was the time Second mate used to wake up the first mate to relieve him from the Bridge watch .

Chief Mate or chief officer – is a well known and familiar rank in the Maritime industry. Be it car carriers, containers, LPG/LNG carriers, oil tankers, or dredgers they occupy a very crucial rolebeing the direct incharge of and the responsible person for conducting cargo operations, deck maintenance and various shipboard jobs safely. His watch onboard witnesses both dusk as well as dawn. 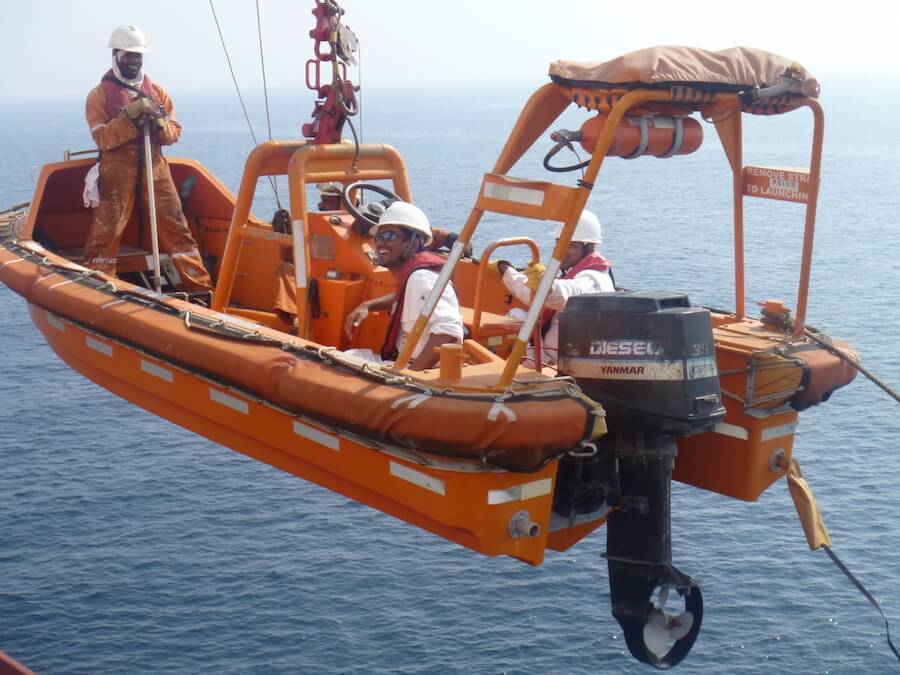 In the dark hours of night at about 4 am while he is fast asleep dreaming about family, kids, wife, girlfriends, boyfriends ,ex girlfriends, ex wife, even stock markets, shares and real estate, a desperate call from second mate tries to bring him back to his senses so that he can commence to take over his Navigational watch. The hand over also includes discussion over any pending issues related to accommodation, ship’s hospital or any other responsibilities assigned to second officer with respect to maintenance or deck work. As the second mate leaves the bridge the Chief mate, his lookout and trainee are surrounded with serenity of quiet hours onboard where almost everyone else amongst the ship staff is fast asleep.

During these hours of peace, just before the dawn, when nearly the whole ship staff starts to wake up slowly and begin their chores there’s one mind which starts planning and analysis of tasks for the day and the forthcoming week or month. His mind races through the darkness, recollecting previous day’s work and formulating a virtual job sheet for the current and preceding days . This job sheet is often enhanced by the Master, who usually visits navigation bridge after sunrise to discuss matters related to the voyage and port calls. 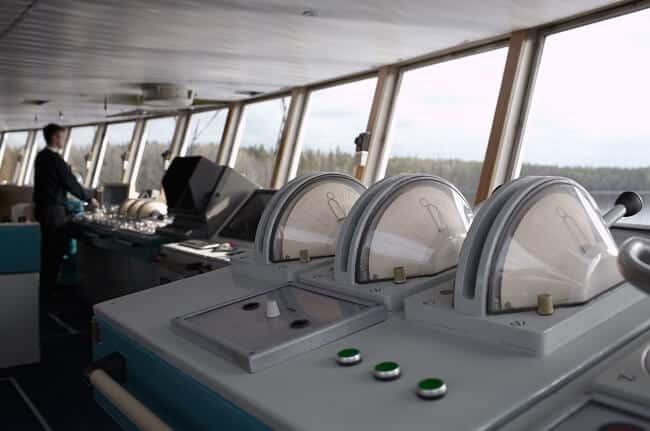 As the sun rises few more degrees above the horizon the chief mate’s watch ends and he hands over his watch to the third officer. This handing over too includes discussion of jobs related to life saving and fire fighting appliances, muster lists, drills and other safety training carried out onboard. (Sometimes being experienced in all walks he does console his juniors over a break up or personal issues as well !!)

He is then greeted by the deck crew members with whom he conducts risk assessments for jobs planned, tool box meeting, discusses work safety permits, entry permits and thus the chief officer and his team gears up for the maintenance work or any other task according to the schedule and location of the vessel . These discussions or meetings are organised with other department teams or at least jobs planned are discussed within various departments onboard to facilitate inter-department coordination. This provide a good opportunity for him to interact with fellow mariners onboard and exchange information and inputs related to jobs as well as any other safety or personal issues.

Once the meetings are over its time for him to finish his daily routines and enjoy the delicacies prepared by the galley department. He then sets out to the deck where he supervises, assists or advises the deck crew in the jobs assigned. Sometimes he even cracks or shares a few funny lines with his team during work to keep the crew members’ morale high and reduce the omnipresent job based boredom . This is the time where he can observe safe working procedures or discover lack of any requisite safety precautions.

A Chief officer can be easily identified as often seen shuttling to and fro between deck and accommodation areas. As during the course of his supervision he’s often required to attend to or assist in replying to several important messages and queries from master, owners, technical manager, charterers, commercial operators or terminals. The day’s work for a chief officer ends by the lunch time and he takes a break around noon. Later in the afternoon he starts his second watch for the day at 4 pm. Soon the deck crew too complete their routine by 5 pm and the head or the bosun reports the day’s work on deck maintenance to the chief officer. Later in the evening during the watch chief officer also monitor’s the training of cadet or junior officer. As the sun sets below horizon and darkness prevails the enterprising day of chief officer comes to an end as well. 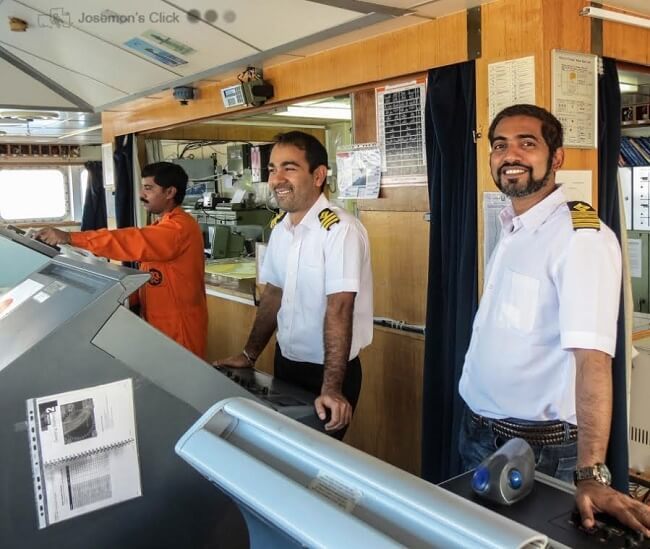 From refreshing sunrises to lazed and comfortable sunsets he witnesses various shades of the sky and relishes the sight of them while navigating.

The day’s work ends here but the role of chief officer is diverse and includes several aspects . In port, being the officer incharge of cargo operations, he witnesses the beginning, completion and critical stages of cargo operations by himself. During dry docking he’s monitoring various jobs by the ship’s staff and the yard staff as well. His paperwork includes several reports related to maintenance of deck machinery, mooring equipment, lifting gear, cargo tanks , ballast tanks, cargo equipment, training records of deck trainees. In port he’s also the security officer who monitors security measures for various security levels as per the Ship Security plan.

A day in a Chief officers life whether at sea or in port is challenging and is occupied with numerous tasks and responsibilities, which he achieves in a time bound manner with the help of his team onboard . Different ships like dredgers or dynamic positioning vessels have a different work rest hour plan and schedule of watch . Those kind of ships focus more on watch-keeping and cargo operations are negligible, whereas deck operations vary and increase in frequency on such vessels. Some trading patterns of the vessel involves frequent cargo operations where an additional officer performs his watch and his working hours are usually from 6 am to 5 pm or more popularly known as Day work.

Amidst a busy routine chief officers do sneak few minutes or an hour for tete a tete with their spouses and families ashore, whenever an opportunity arises.