The sextant is an instrument used to measure angles. Mainly used at sea, the tool is so named because its arc is one-sixth of a circle – 60 degrees. It adheres to the principle of double reflection hence it can measure angles up to 120 degrees. Practically speaking, the arc of the sextant is a little over 60 degrees and therefore the total angle measurable is about 130 degrees.

Sextant is an essential tool for celestial navigation and is used to measure the angle between the horizon and a visible object (or two objects at sea.

The sextant is used to measure the following:

Principle of the Sextant

Different Parts Of A Sextant

A sextant is shaped in the form of a sector (60 degrees or 1/6th of a circle). It is the reason the navigational instrument is called a Sextant (Latin word for 1/6th is Sextans). The sector-shaped part is called the frame.

A horizontal mirror is attached to the frame, along with the index mirror, shade glasses (sun shades), telescope, graduated scale and a micrometre drum gauge. 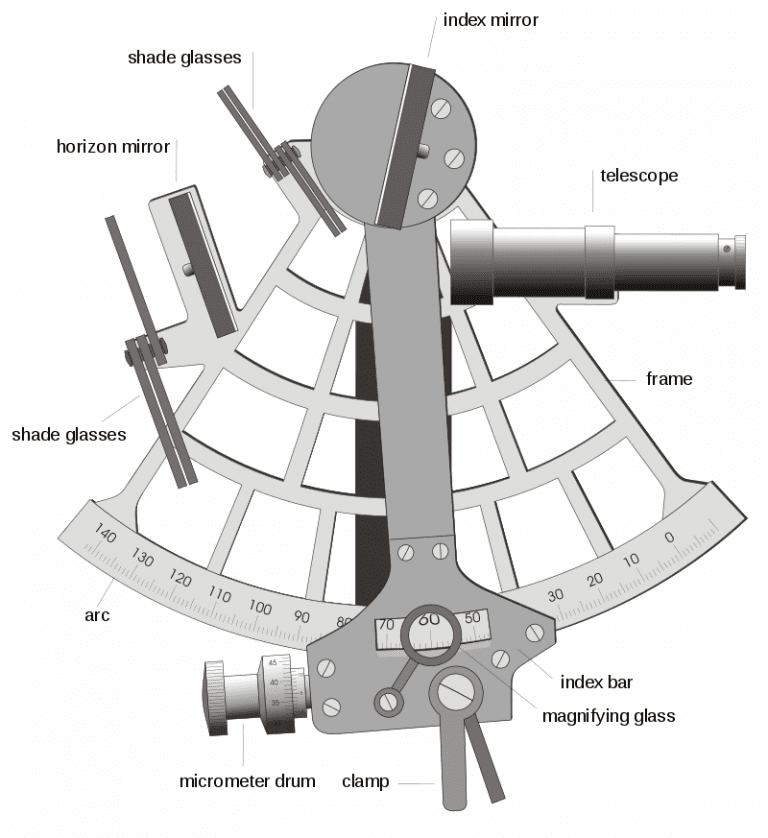 Here is a great image from wikipedia explaining different parts of sextant.

How Does A Sextant Works And How To Use It?

Watch this video to understand how to use a sextant.

Navigation Sextant – Readings ON and OFF the arc

Errors of the Sextant

The errors can be classified as

1. Adjustable Errors (adjustable onboard), and

2. Non-adjustable Errors (not adjustable onboard)

Pointers on the use of sextant

Care and maintenance of a sextant

The sextant is an expensive, precision instrument which should be handled with utmost care.