NavPac version 4.1.1 is supplied on CD in addition to the Admiralty publication DP330 NavPac and Compact Data 2021-2025. NavPac enables navigators to compute their position at sea using celestial navigation, and also contains features such as calculating great circle and rhumb line tracks. There are also functions for calculating rise and set times and determining the altitude and azimuths of navigational objects. Click here for a tour of the features of NavPac. A full manual is included on the CD which also includes part of the Royal Navy's Admiralty Manual of Navigation (Volume 2). Additional astronomical data files are also found on the CD, which can be read into any computer. Astronomers, navigators, surveyors and general users will find these data files ideal for making their own astronomical calculations where positions of the Sun, Moon, planets and bright stars are required. NavPac is used world-wide by the Royal Navy (RN), other navies and by navigators who require an independent means of navigation. The RN Initial Warfare Officer (IWO) qualification is the equivalent of the Standards of Training, Certification and Watchkeeping (STCW) navigational watch certificate, and by obtaining the Ocean Navigation Certificate, which is an element of the IWO qualification, the student uses NavPac as installed on RN vessels. The tables and coefficients and the algorithm for determining position at sea from observations made with a marine sextant have been used by navigators since 1981. NavPac version 4.1.1 is supplied on CD with NavPac and Compact Data 2021-2025. 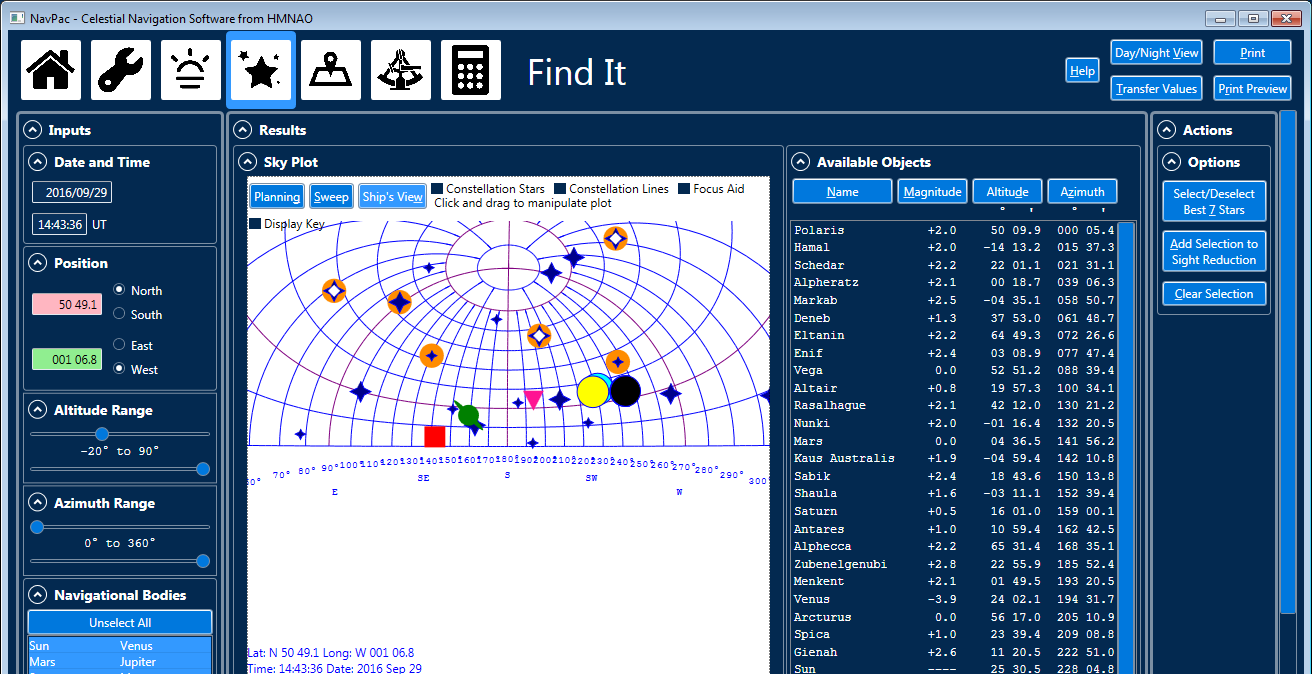 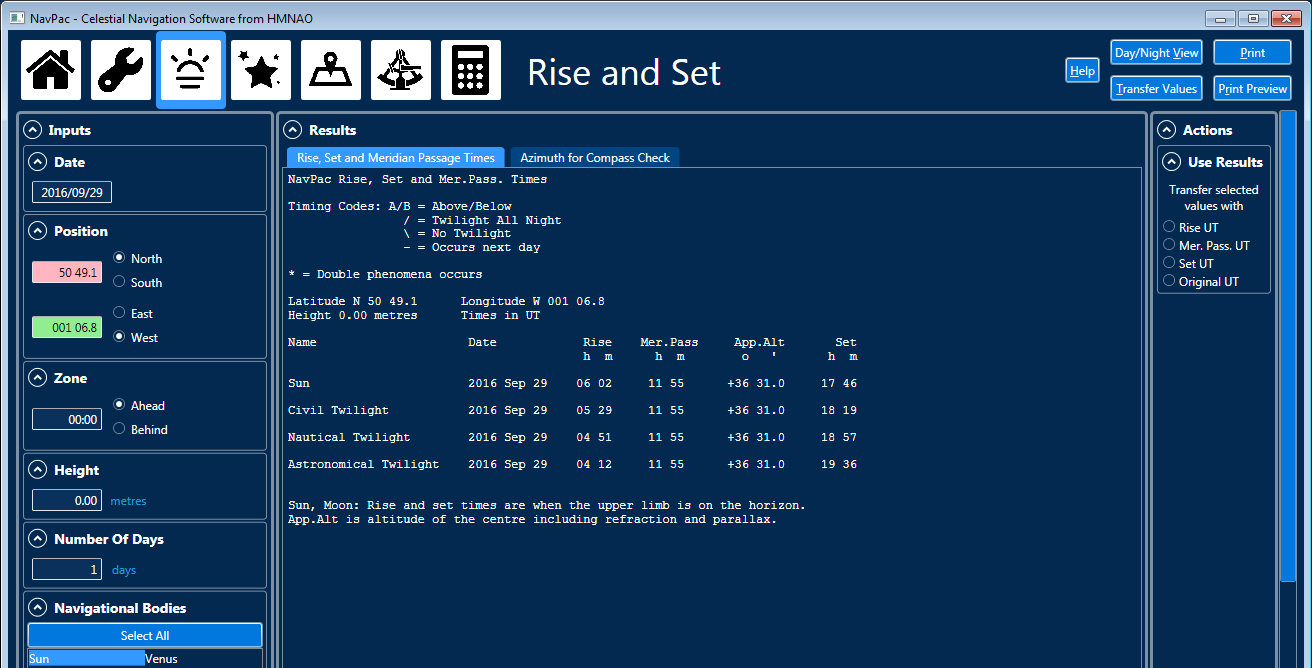