7 Ways to Become a Seafarer Everyone Likes Onboard Ships

Working on ships with a very limited number of people is a difficult task, both physically and emotionally. Dealing with the same people everyday for months together within a confined space (not technically) can easily take a toll on seafarers.

Every profession is marred with politics, which leads to immense mental stress among professionals, greatly reducing the productivity. However, when such politics take place among seafarers on board ships, the results can be extremely dangerous.

This is mainly because a seafarer has to deal with the same people everyday irrespective of the number of differences he has with his fellow mates. He cannot get up one fine day and say “I Quit” (Though he can, technically he will have to provide a valid reason for the same, wait for the next port, get approval from the company to send a reliever and also pay for his and reliever’s ticker fare, along with that agent’s fees). He has to find a way through all the differences, ego clashes, and professional and personal politics to ensure that his work and career does not suffer.

Honestly, it’s easily said than done. It takes great determination and mental strength to stay away from all the negativity on board ships. Inculcating genuine qualities, respecting others, and maintaing a cordial relationship are something that doesn’t come easy to anyone.

However, developing such qualities it’s not difficult. As a true mariner, one must make genuine efforts to stay extremely professional and disciplined on ships irrespective of the type of situation.

Mentioned below are 7 ways to maintain a healthy relationship with your fellow crew members and ensure that you are liked by everyone on board ships:

1. Do Not Form Groups : This is a very common phenomenon on board ships. If people belonging to the same group or region get together on board ships, they tend to form groups among themselves, avoiding everyone else, intentionally or unintentionally. Many of them from the same group start interacting with each other in their regional or national language even in the presence of seniors and other fellow crew members. This is an extremely bad habit which is not only a grave insult to other professionals but also creates unnecessary indifferences and misunderstanding among seafarers. When on ships, avoid forming groups and involve everyone to form a solid team effort irrespective of color, region, race, or religion. Ensure that everyone talks in only one language which is understood by all on board ships.

2. Do Not Blame Others: In case of any accident or mishap on board ships, it is a common tendency among seafarers to blame others. Technically, as humans, we are programmed to hide our mistakes and shortcomings by default. We are ashamed of them and the consequences they would bring. However, if you are a true mariner bound by disciple and grit, you will come forward and accept your mistake instead of blaming others for the same. There is no need to hide your mistake or feel ashamed of the same. On the contrary, your colleagues will respect and trust you for honesty if you willingly accept your mistakes.

3. Compliment Others Often: Have you every noticed how almost all seniors and colleagues never miss a chance to shout, insult, or advice when you make a mistake, but none makes an effort to compliment or appreciate when you do a great job? Complimenting, by human nature, is a difficult task. People tend to get more joy from other’s failures than from their accomplishments. As a mariner, one must strive to compliment fellow seafarers when they do a great job. Congratulate them on their great performance, it’s not going to become any kind of hindrance in your path to success or hurt your pride.

4. Shun Your Ego: Ego is the reason for most of the professional troubles on board ships. Some people put more efforts in cultivating ego than in improving their skill sets. On board ships, keeping ego will only lead to lack of efficiency and massive misunderstanding among seafarers. We often hear people on board talking things such as – “People from the deck department must keep save distances with engine department and vise-versa”. Some officers even consider talking to crew ratings and officers below them against their pride. They would restrict themselves to professionals talk and avoid any other kind of “off-work” interactions. Unfortunately they fail to understand that on board ships no individual rank matters. The only thing that matters is team work. Such people forget the fact that when they are in danger, only their crew members and subordinates will be able to come to their rescue. Do yourself a favor; next time before boarding a ship, leave your ego back at home! 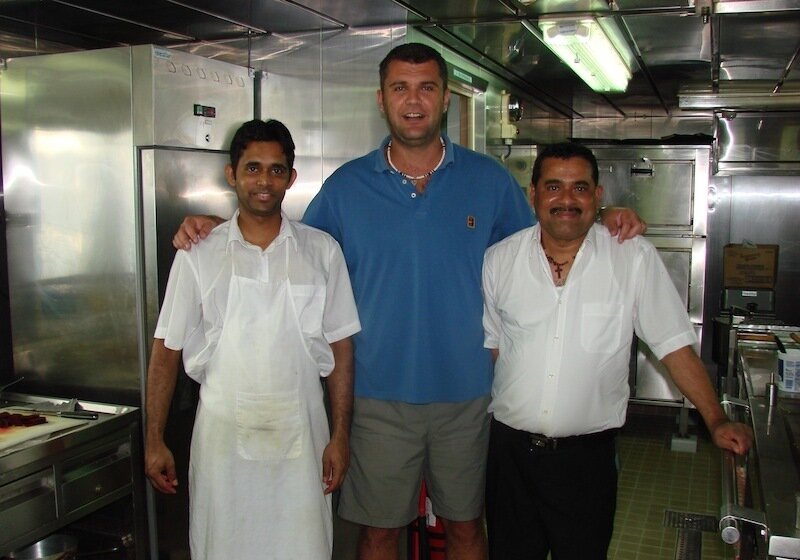 5. Help Your Crew Members: While working on ships, one often hears stuff such as “I won’t do it, it’s not my job”, ” It’s not my machinery, why should I bother?”, ” It’s my rest hour, I won’t go to the engine room or deck” and so on… It is a common tendency among seafarers to avoid every possible work which is not closely related to their duties. When asked for help, they make excuses, act cocky, or just walkaway. But in the process, they make a big mistake of devoiding themselves of any future help from their colleagues. Instead, help your crew members irrespective of their ranks. They would go out of their way to return the favor when you badly need some kind of help.

6. Don’t Mix Professional and Personal Life: While working on board ships, differences in opinions and small arguments or debates are very natural. However, many seafarers have a tendency to make it a big issue by converting it from professional to personal, unnecessarily spoiling the interpersonal environment. On ships one must learn the art of “letting go” professional differences as they can turn out to be a huge hurdle in ship’s routine operations. Leave back all the differences at the work place before entering the accommodation area. Try to “Kiss and make up” before the issue is blown out of proportion.

7. Don’t Indulge in grapevines, negative gossip and badmouthing: Being a part of small team of people on ships, seafarers need to talk to each other as frequently as possible. However, one must make efforts to avoid grapevine, negative gossip and badmouthing – the three evils on board ships that can lead to lost productivity, erosion of trust and morale, and increased anxiety and hurt feelings. With limited number of people on board ships, even a harmless negative comment can lead to major arguments and differences. Instead, if you have a problem with someone or something, go to the right person and tell it to him directly and make him understand. If you are badmouthing someone, there are high chances that someone is also doing the same about you, behind your back.

Working on ships with a handful of people and resources is not an easy task. Team effort is the key to solving every problem and tackle difficult situations. For seafarers, keeping differences and unsolved issues will do more harm than good. Learning the art of preserving healthy relationships is imperative for ensuring work productivity, maintaining personal safety, and getting likes by everyone on board ships.