10 Things to Check After Cargo Completion on Container Ships

Cargo operation on a container vessel is an extensive activity that demands deck officers to simultaneously handle different tasks and keep a check on numerous other things. This puts a lot of pressure on the officers, especially during the cargo completion time, as more than often it’s not easy to keep up with the pace of the numerous happenings.

In some cases, this makes way to forgetting important things that needs to be checked, which can lead to serious consequences. Cargo completion time is quite challenging for deck officers and requires exacting attention to handle the situation efficiently in order to avoid such unfortunate omissions. 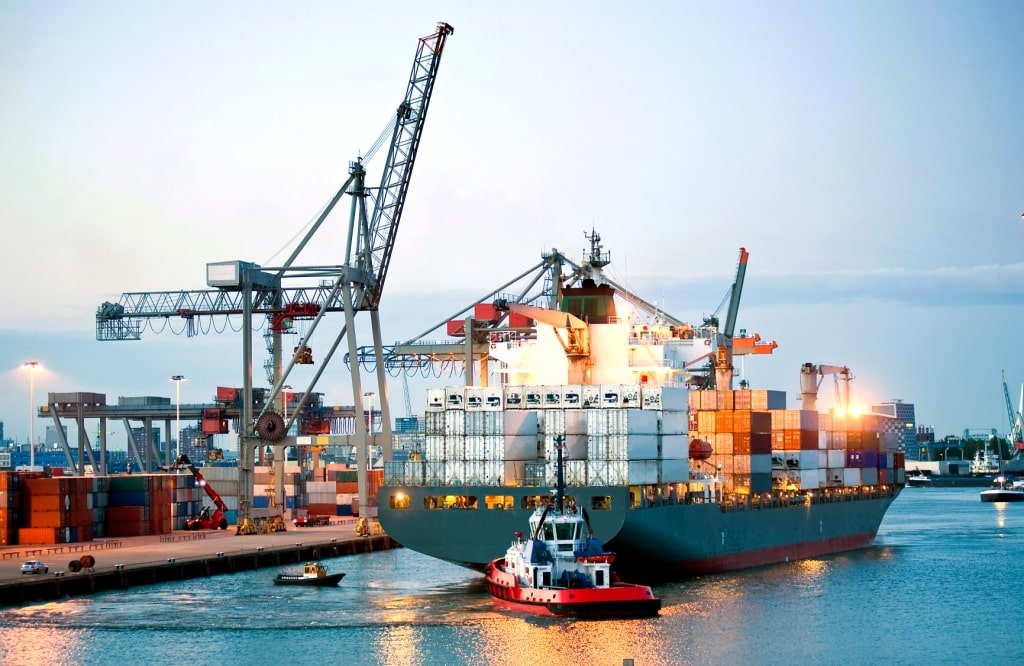 In the interest of making this tasks easier, we have compiled down a list of ten important factors to check after cargo completion on container vessels.

Unless required otherwise, the vessel should preferably be on even keel.

Lashings needs to be thoroughly checked which includes:

Any missing lashing units or twist locks should be notified to the lashing foreman and should be fixed before the termination of cargo operations.

It is always a good practice to check the lashings as soon as the cargo operations are completed on any particular bay. This helps to avoid unnecessary rush to complete the lashing checks by the time of cargo completion.

Read : The Basics of Cargo Lashing and Securing On Ships

As lashing gears are handled by shore stevedores, there is a fair chance of finding misplaced twist locks and lashing rods on deck, lashing bridges and catwalks. This calls for the need of a proper housekeeping once the cargo operations are terminated.

Deck officers can ask the help of deck crew to make sure that there is no loose objects and lashing gears randomly thrown on deck and they should secure the same.

The securing of cargo gear, lifting gear equipment such as cranes should also be done.

IMDG containers should be checked and documented with great care.

A Classification of Dangerous Goods

The ship’s logbook has to be updated with the latest status of cargo operations time to time. During cargo completion, a) the time of cargo completion b) time when lashings are completed c) the time when stevedores are off should be noted down. Additionally, the vessels final draft reading should also be entered in the logbook along with other important data.

There are also various checklists to be examined and completed after the termination of cargo operations. Such checklists include vital factors that need to be ensured and then documented. This again, is the responsibility of the duty officer.

Download Our eBook : The Ultimate Guide to Deck Machinery Procedures and Operations

Visibility from the conning position of the wheel house shall conform to the IMO regulations. Chapter V – Regulation 22 of SOLAS clearly defines the visibility requirements of the vessel from the bridge. Although, the visibility criteria is taken into account while planning the stowage it is the responsibility of the deck officer to reassure the same after cargo completion. Modern stowage and loading software has the inbuilt feature of the IMO visibility criteria and the users will be notified if it is exceeded.

The vessel is required to conduct an ISPS security check for stowaways, any suspicious packages, or contraband items as soon as the cargo operations are completed and the shore stevedores are off the vessel. Although the vessel will be complying with the security measures as per ISPS Code during its port stay, it is very important to carry out a vessel search prior departure.

The intensity of the search will depend upon the vessel’s and the port’s security level. Duty officer must have a good knowledge about the ISPS Security levels and the measures expected in each level.

As the cargo operations are completed and the vessel is anticipating departure, the pilots and company agents are expected to board the vessel. It is a good practise to foresee the cargo completion time and contact the Pilots, Agents accordingly prior to cargo completion. This will avoid unnecessary delays.

While contacting the Pilot, the expected time of pilot boarding should be enquired and the vessel and crew should be ready for the same.

Company agents are required to come onboard after cargo completion to exchange any necessary documents with the Master or Chief mate and to finish with the vessel for the port.
If the vessel is required to establish communication with the port control prior departure, it should be done fairly soon after the cargo operations.

Gear boxes are open bins that are kept on top of flat racks. They contain the lashing gear units such as twist locks, mid locks and stackers. Gear boxes are loaded back onboard from the pier normally after the completion of all container units, making it the last move of the port stay. The position of the gearboxes to be loaded should be informed to the cargo foreman well in advance from the time of cargo completion.

When choosing such positions, keep in mind that the best preferable position will be the centre pontoon of the hatches as loading on the extreme ship side pontoons are not suitable. If practical, all the gear boxes should be loaded together in one bay. Once loaded, the duty officer must visually examine and confirme the position of the gear boxes and the same should be logged down.

As we have already stated in the beginning that cargo completion is a very critical time period, we assume that keeping in mind these points can make the whole process fairly smoother and easier for the deck officers.